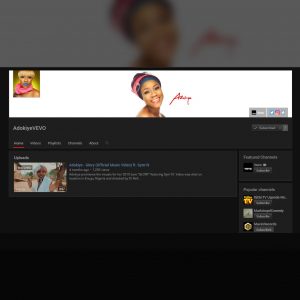 Vevo (previously VEVO from 2009 to 2013 and vevo from 2013 to 2016) is a multinational video hosting service founded as a joint venture between the world’s two biggest music production companies, Sony Music Entertainment and Universal Music Group. Its shareholders now consist of these two companies as well as Abu Dhabi Media and Google/Alphabet Inc. Vevo is also available for a range of platforms including Android, iOS, Windows Phone, Windows 8, Fire OS, Google TV, Apple TV, Boxee, Roku and Xbox 360. 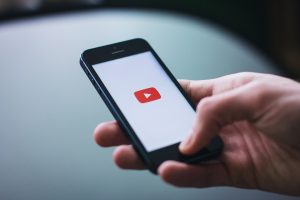 YouTube is an American video-sharing website. The service was created by three former PayPal employees in 2005 and bought by Google in 2006. It now operates as one of Google’s subsidiaries.

There have always been issues with YouTube and copyright infringement when it comes to the music industry as a lot of songs are being uploaded to YouTube without the recording company’s permission. In response to this problem, the recording companies came up with Vevo. Just about any type of video can be found on YouTube as long as it does not violate the YouTube TOS. With Vevo, only music videos or music related videos from artists that are under the participating recording labels are uploaded.

All of the videos on YouTube are uploaded by users and there is a wide selection of videos to watch. On the other hand, Vevo users do not have the access to upload videos to the site as only the admins are capable of doing so.

Apart from limited user access/capabilities to upload or edit videos on Vevo, users/artists also aren’t able to create, customize or manage their channels or its subscribers and playlists.

YouTube is available anywhere in the world, except in countries where it is restricted. Vevo is not available worldwide as it only available in the US, UK, Canada, Ireland, Australia, and New Zealand. However, through Vevo’s partnership with YouTube, Vevo videos are available worldwide on YouTube on customized Vevo branded channels on YouTube.

Another difference between YouTube and Vevo is how ads are sold in both platforms. YouTube ads are auction sold and usually result in variable CPMs (Cost Per Thousand views). Vevo ads on the other hand are Partner sold and sell for a minimum CPM usually more higher than YouTube’s. Hence artists earn from every play on Vevo… more views . Promote and drive more traffic to your videos.

This site uses Akismet to reduce spam. Learn how your comment data is processed.